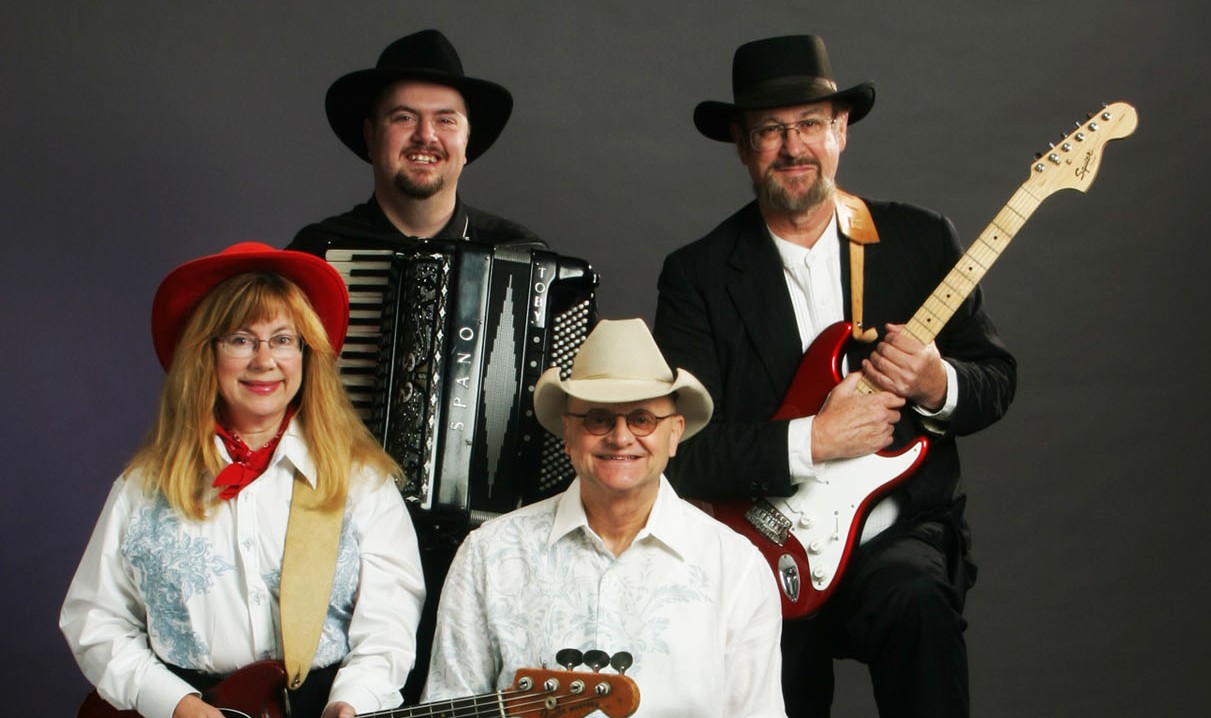 “I keep thinking of last Sunday’s showcase and the fantastic music you brought to the stage.  Thank you all!!!”
Warm regards,

Cowgirl’s Dream is the dream of singer/bass guitarist Kristi Nebel. The band specializes in western swing interspersed with the Americana songs of her husband, Steve Nebel, with the occasional cowboy song thrown in just to make things interesting. In an evening with “Cowgirl’s Dream” you can expect a little bit of diversity in that you can’t really have an accordion in a band without a polka now and then. Kristi is particularly enamoured of Bob Wills and the Texas Playboys, a number of their songs in the band repertoire.  Kristi’s first solo CD has been nominated by the Academy of Western Artists for both best song and best female artist of 2014.  The song, “Swingin’ In Tucson”, written by Joe Weihe, and Greg Scott is has been #1 on the Swingin’ West radio show out of Seymour, Texas.

The Nebels have been working together as professional musicians since the early 80s. They have done seven tours of UK folk clubs, and made their living playing dance music. Kristi ‘s vocal talents are always recognized immediately as an original voice skilled from years of working as a musician. She is also in demand as a bass player by other musicians, working in the studio as well as on the stage. Her early background as a performer is as an actress, and those talents were recognized in high school, and took her through a college education in theater.

Ms. Nebel seems to acquire a special amount of attention when she sings the Americana songs written by her husband, Steve. This doesn’t mean that heads don’t turn when she belts out her own rendition of Patsy Cline’s “Crazy”, or Hank Thompson’s “Six Pack to Go”.

Besides the Nebels, the band is comprised of virtuoso, award winning accordionist/keyboardist Toby Hanson, and the well seasoned chops of drummer Mike Friel.

In a quick glance at their website one can find a four-year history of bookings including numerous community concerts and festivals.

Cowgirl’s Dream is an instant hit with audiences young, and old.